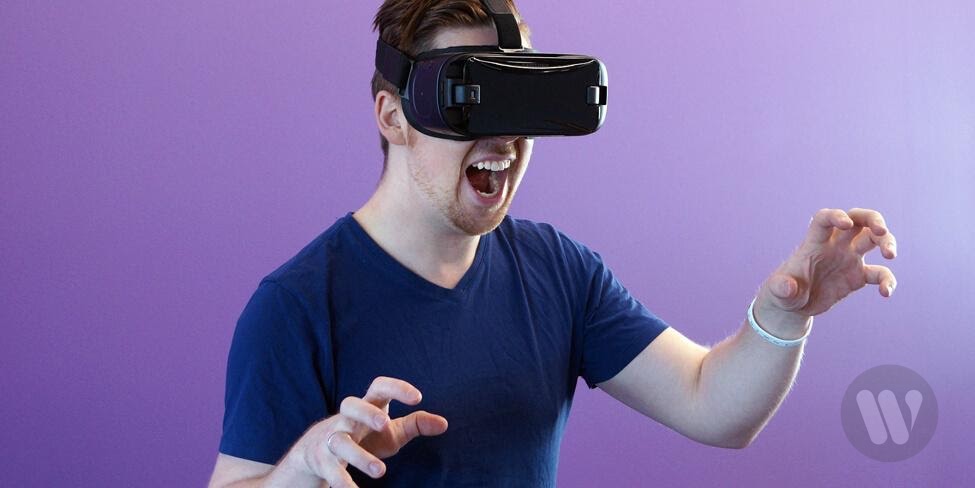 Are VR Features Worth Adding to Your Site?

Opinions on VR vary wildly, and you could easily confirm it by asking a randomly-selected group of 100 strangers what they make of it. Some would be effusive about its current implementation, eager to talk about their experiences with today’s headsets. Some would be scathing, writing it off as gimmicky and absurdly expensive.

Others would focus on its potential — is it destined for great things, or likely to go down in history as an unrealistic flight of fancy? This makes things tricky for people trying to divine the future of the digital world. Is it worth getting on the VR bandwagon in the hope that it will bring you acclaim and conversions?

In this piece, we’re going to consider the value of adding VR features to a website so it can display or generate VR content. Not just any website, though: specifically a WordPress site, with WordPress being renowned for its flexibility. Let’s get to it:

And the fully-scanned 3D model that can be viewed from any side and look as it should.

Either form can be valuable, as it largely depends on the image, but the latter is more impressive. It’s particularly good for a product image in the ecommerce world, because it allows the viewer to form a much stronger impression of the item they’re considering. If your blog is monetized (perhaps through an ecommerce plugin), then you could certainly benefit.

There are various plugins that can do this, but I suggest sticking with WebRotate 360 Product Viewer. The basic version is free, so experiment with it until you’ve decided how much it brings to your site — and if it’s worth it, you can pay for the Pro version. For an example, UK footwear company schuh.co.uk deploys rotatable product views to great effect, providing invaluable context.

This is the type of VR content that most people would recognize, particularly since it can be enjoyed to some extent without a VR headset (though it doesn’t work as well as 3D images that can be freely rotated). You’ve surely seen some 360-degree panoramic video before: perhaps taken at a concert, or on a nature walk, or at a major event.

The appeal is obvious: you can look all around you (or pan around if you’re not using a headset) and experience a much greater level of immersion than you could get from a standard 2D video. It isn’t as easy to produce as standard video, of course, and suitable video cameras are still expensive, but the costs are steadily coming down. If one of the goals of your website is to get people interested in a real-world event or environment, then it might be worth it.

Various companies have started using 360-degree video to market their products and locations. Oreo decided to market its products by inventing a location: check out the virtual tour embedded below, released back in 2016 and received very warmly.

You can also just use panoramic views: essentially static shots that provide 360-degree sight around the chosen locations. These aren’t useful for product shots, but they are very useful for tourism hotspots or real estate — and keeping them as images instead of videos makes it easier to create overlays to provide relevant information.

For producing panoramic views, I recommend the WordPress plugin WPVR: it’s updated frequently, and can be used for free if you have limited content (and you will as you test it). All you need to do is take a full range of images for a panoramic view, upload them, and watch them all get stitched together. Again, if it adds value, then consider moving up to one of the paid options.

The other way to use VR is to provide VR environments: they could be interactive experiences, or they could simply be aesthetic experiences (such as a virtual showroom that someone can look around). VR environments can bring a lot to certain industries. For instance, a museum could have a digital recreation of its layout, with digital versions of exhibits in place — this could tempt more people to visit the real thing.

Companies like Boeing and Walmart are even using VR environments to help train employees. The downside is that 3D areas are expensive to model, and that this type of content is only likely to be useful for those with fully-fledged VR headsets, making it a tough sell outside of controlled scenarios. For most website owners, that places it much lower on the priority list.

Another big downside is that there aren’t any trustworthy plugins out there for adding fully-3D environments to a WordPress site, though that’s also true for every other mainstream CMS. It’s just too niche, which means there isn’t normally value in adding it.

Is now the right time?

Now that we’ve been through the types of VR content you can implement on a WordPress site, we can return to the titular question: is it worth adding VR features to your WordPress site? Well, that really depends on your industry and what content you can actually provide. Let’s take a closer look at these things.

The ecommerce industry is one that can really benefit from VR content. If you’re an online seller, then you should seriously consider investing in 3D product photos. Those product photos matter so much because they help to reassure shoppers that they know what they’re looking at. You can’t replicate the in-store experience of being able to closely examine and even pick up products, but you can offer as much visual data as possible.

If you have even the slightest bit of interest in trying 3D product photos, then you might as well add the free versions of WebRotate 360 Product Viewer and WPVR and start playing around with them to see how they work. Even if you’re not ready to deploy them yet, forming a better understanding of VR content is a very sensible investment to make in the future of your business.

You can always evaluate this VR plugins, test or fully develop your WordPress site in our Wetopi FREE development servers.

Another industry that’s really taking advantage of VR content is real estate. When trying to offload properties, estate agents can use 3D cameras to produce VR tours that can be experienced online. This greatly increases exposure, and can prove hugely beneficial: someone who might not be able to visit a property in person might check out its VR tour and decide that they need to make time for it.

Let’s say you see the value of embracing VR content: is it going to be worth the cost? Like I said earlier, equipment can be expensive, so it’s a reasonable question to ask. Well, there are essentially two types of content that you can offer — images, videos, and interactive views — and two types of framing: product shots and location shots.

Depending on what you’re doing, then, you might be taking two or more shots to stitch together, or using special equipment to record 3D material from the outset. If you’re doing the former, then you only need a high-quality regular camera. It doesn’t even need 3D stitching built in because you can use a separate service for that.

Stitching works well for static 3D photos or fixed-position interactive views: take enough shots from all the positions around a product and you can build a rotatable view. Provided you know what you’re doing, then, the cost is extremely low. It’s likely to prove trickier to get the lighting right and handle the editing, meaning that the biggest obstacle for ecommerce merchants is finding the time to study the principles.

If you’re recording video, though, then you can’t really do that. You could try to record numerous videos at once and stitch them together, but it wouldn’t work very well, which is why you need a camera built to record 3D footage. Though such cameras can be hugely expensive, though, they’re not all that bad from a business standpoint.

Consider that you can pick up a camera like the Insta360 ONE X in a full bundle (with a selfie stick and a tripod) for under $500 (see above). That isn’t a prohibitive price point for an eager hobbyist, let alone a successful business — particularly since it can get heavy use over the course of several years. A real estate business that already gives tours might as well just buy such a camera and start recording them. Given that cinematic production quality isn’t required, it doesn’t make much sense to outsource the recording.

Overall, then, VR features may well be worth adding to your site if the types of content we’ve covered here are suitable for your industry. And with the equipment costs not being so bad (even for small businesses), you have every reason to give VR a try.

At wetopi, we want to minimize the friction that every professional face when working and hosting WordPress projects.

In short, we are just techies passionate about WordPress. With wetopi, a specialized WordPress hosting, we want to go further to offer professionals and agencies a platform to work efficiently and effectively.

Not a wetopi user?

Free full performance servers for your development and test.
No credit card required.

Lightning Fast, Highly Secure and Easy to use.

You can find out more about which cookies we are using or switch them off in settings.

These cookies are needed for our website to function providing payment gateway security and their essentials. Therefore they are always on but they do not contain personally identifiable information (PII).

If you disable this cookie, we will not be able to save your preferences. This means that every time you visit this website you will need to enable or disable cookies again.

Google and Facebook Analytics: help us to deliver better content to our potential users. We have made sure no personally identifiable information (PII) is sent by anonymizing IPs.

Please enable Strictly Necessary Cookies first so that we can save your preferences!